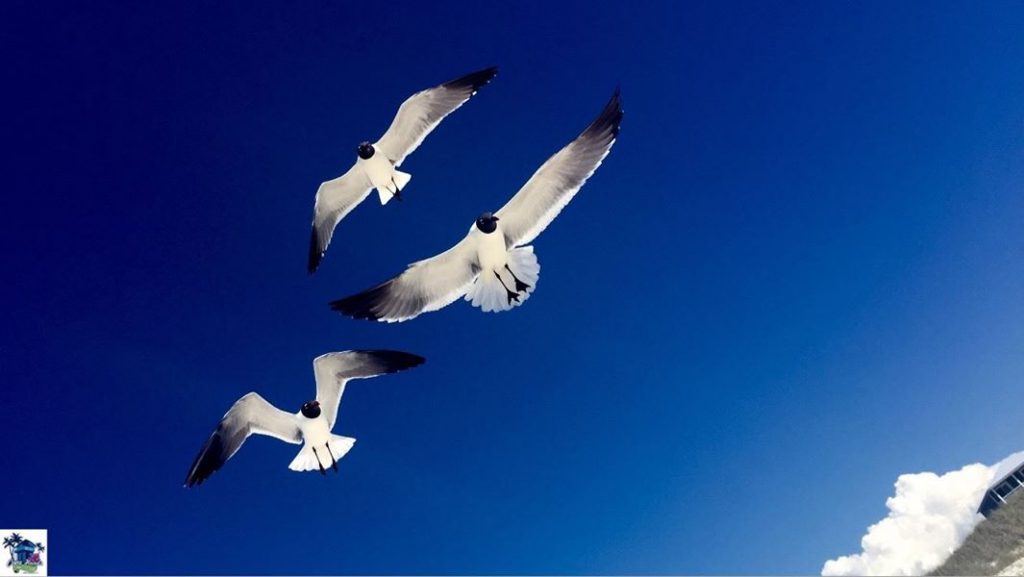 There is a field of study called Biomimetics. This is when scientists, engineers and others look to nature with the goal of copying or mimicking some of nature’s ingenious designs in order to develop products that are much more efficient, safe and environmentally responsible. Interestingly enough, some of the very animals found in nature that scientists, engineers and others have observed, studied and then created and designed machines or other products in imitation of these animals are found on and around Cape San Blas, FL. Take the Seagull for example.

Most people know that aircraft wings mimic that of birds, but did you know that researchers at the University of Florida “have built a prototype remote-controlled drone with a seagull’s ability to hover, dive and climb rapidly”? If a person stands or sits on the shore while on Cape San Blas, he or she will notice that Seagulls perform incredible flying maneuvers. Their aerobatic ability is the result of how they flex their wings at the elbows and shoulder joints. (New Scientist, Technology, “Is It a Bird, Is It a Plane . . . ,” September 3, 2005, p. 21.)

This 24-inch small prototype drone has the ability to hover and dive between tall buildings. It has such maneuvering capabilities that military personnel are interested in using technology like this drone in searching for chemical and biological weapons in large cities.
Looking To The Seagull’s Feet

Did You Know: If a Seagull stands on ice, it will not freeze and that engineers have copied this amazing design? Seagulls are equipped with a neat feature: the Countercurrent Heat Exchanger.

How does this work? 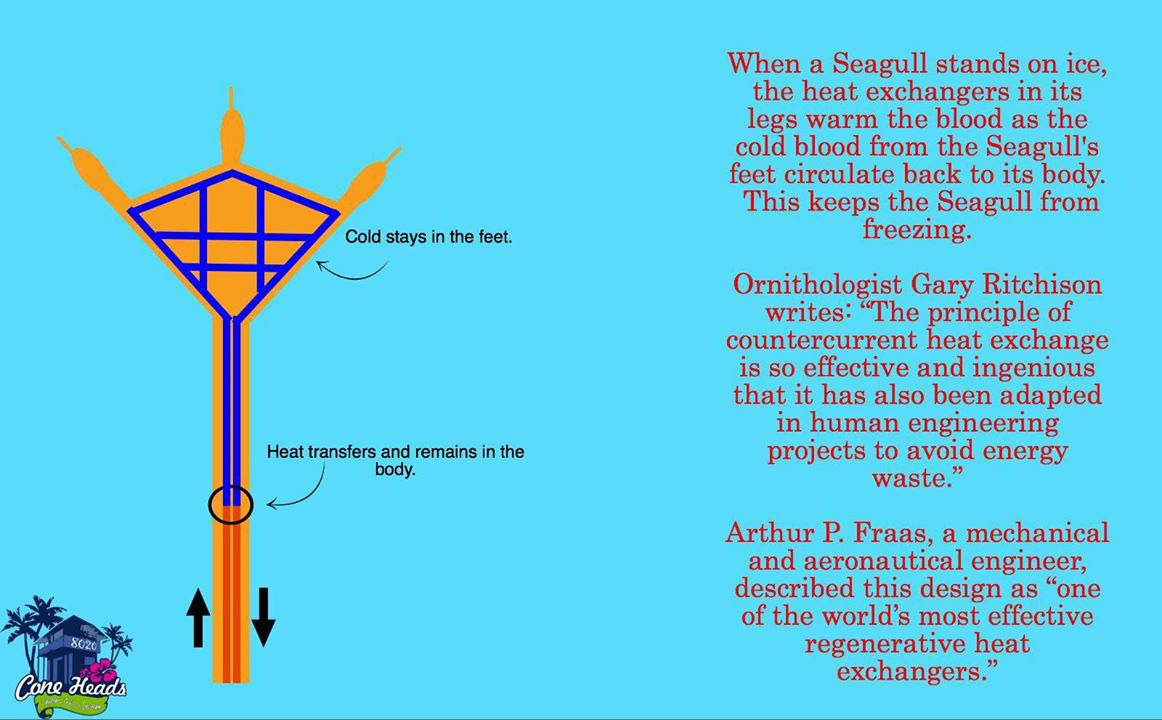 When a Seagull stands on ice, the heat exchangers in its legs warm the blood as it returns from the bird’s cold feet.

When a Seagull stands on ice, the heat exchangers in its legs warm the blood as it returns from the bird’s cold feet.
Countercurrent Heat Exchange is when there are two pipes or tubes in close proximity to each other but warm fluid is running through a pipe or tube in one direction and at the same time a cool fluid is running through the different pipe or tube in a different direction.

Why is it important for the warm fluid and the cool fluid to run in opposite directions?

Ornithologist Gary Ritchison writes: “The principle of countercurrent heat exchange is so effective and ingenious that it has also been adapted in human engineering projects to avoid energy waste.” Arthur P. Fraas, a mechanical and aeronautical engineer, described this design as “one of the world’s most effective regenerative heat exchangers.”

Who knew mankind could learn so much from a Seagull!